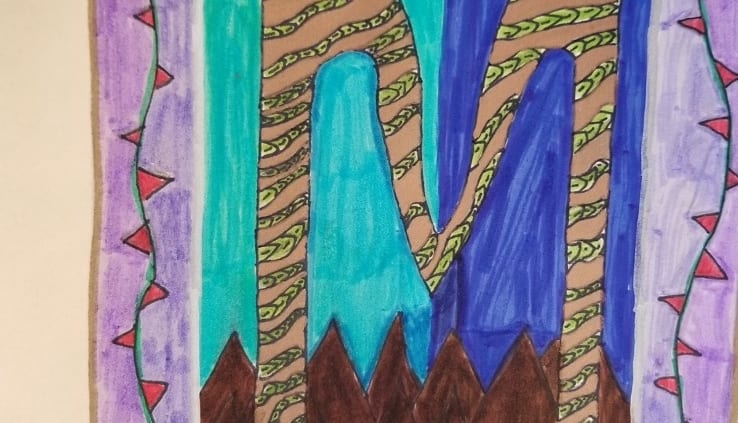 Due to budget deficits, schools throughout the nation are finding ways to cut their spending, and often the first thing to be removed from the curriculum is art. At Foothills Montessori School, we are committed to offering art education. We see the value in arts education and appreciate the significance it can have on student development. There is evidence that supports it helps our students to develop stronger academic skills, improve their decision-making processes, foster inventiveness, and help build self-confidence. These are the things we want for every student that joins our community.

We asked our art teacher, Ms. Angela, what the goal of our art curriculum is for our students and she said, “The goal at FMS has been to support fundamental academics, supplement our cultural curriculum, and bridge gaps by developing new ways of seeing.  At a young age, children begin to communicate through artistic expression.  Long before they are able to read and write, they tell stories through their artwork.  Creativity through expression in the arts helps to improve innovative thinking for our students at every level.  It’s the ‘out of the box’ thinking that provides so many areas for growth. Students exposed to the arts become adults with improved focus, decision making skills, self-confidence, and civic engagement.”

During our spring school closure in 2020, Foothills Montessori continued to provide our art curriculum remotely. The art curriculum was delivered through project-based challenges. Project-based challenges in the arts allow our students to devise strategies for problem solving. As teens and adults, life is full of trials and obstacles.  Determination and commitment gained through project-based learning helps prepare our students for future challenges.  No matter their level of development, their capacity expands.

In closing, the Brooking’s Institute did extensive research and published an article in 2019 on the impact of the arts educational experience.  Their findings determined that arts education not only positively impacted emotional and social outcomes for students by fostering greater compassion for others; but it concluded that the students they researched had 13 percent higher standardized writing scores*.  Our students create magic everyday with their creativity and dedication to their arts based projects- many of which become treasures or family keepsakes.  The true beauty in arts education is that those experiences are helping to frame our future.  Students that become strong leaders, inventors, designers, communicators, and citizens.  Whatever they choose to become on their path, the arts provide them with tools to use for a lifetime. 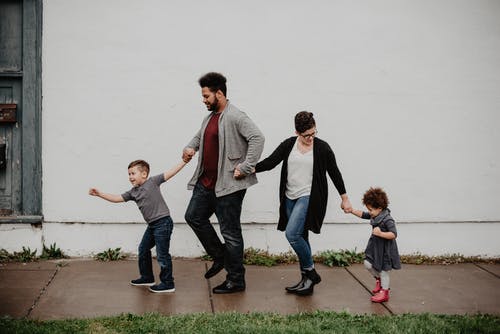 All children exhibit challenging behaviors at some point in their life. It might be when they are three and bite another child that reaches for a toy they are playing with. It might be your seven year old that refuses to go to bed on time and then refuses to get up in the morning. The teenage years are universally dreaded by most parents because of disrespectful language and outright rejection of your guidance. When these challenges begin to pile up, all parents ask the same question: How can I change my child’s behavior?

The answer: change your own behavior. Consider how you react when you encounter unhelpful behaviors and consider how you react when behavioral expectations are met. Do you pay the same amount of attention to the behaviors you want to encourage as the ones you would like to discourage? It is a hard pill to swallow, but parents and caregivers dramatically influence children’s behavior.

So what can we do?

Encourage the behaviors you like by noticing. For example: If your child has been refusing to pick up their toys when you ask, notice them when they do it on their own. It could sound something like, “I see you decided to put your puzzle and cars away. Now we have a few extra minutes to read a book together.” You will soon see that the behavior you pay attention to is the behavior you will see most often.

Dr. Becky Bailey refers to QTIP in her book, “Conscious Discipline”, and it is a simple reminder that behavior is a way for children to communicate, not “get back at us”. Sometimes, we assume children act a certain way to annoy us, purposefully push our buttons, or defy our directions. However, usually, children’s behavior is a direct result of how they perceive their environment. It is up to us to push away those assumptions to address the root cause of the behavior.

Most people have figured out ways to communicate without behavioral outbursts by the time they reach adulthood. If we are stressed about an upcoming work deadline, we don’t throw a tantrum on our supervisor’s office floor. Instead, we make a plan to manage the stress and remain calm. If we take the time to model this behavior, talk aloud and plan, in front of our children they begin to see appropriate ways to problem solve.

“No” is a common word parents use to manage behavior. We get frustrated when we explicitly say, “No” to a child and they do exactly what you said not to a minute later. It is baffling that this happens repeatedly until you realize that most children do not begin to comprehend negative verbs until they are seven years old. Instead of saying, “Do not _______”, try giving them a command of what you would like them to do. For example, instead of staying, “Don’t run in the house”, say, “If you want to run, put your shoes on and go outside.” You communicate an expectation to them and give them an alternative option in the same simple sentence.

Family is made up of the most important people in children’s lives. Healthy relationships, effective communication, and behavior modeling help our children develop into the best people they can be. It all starts with you!

The excitement of returning to school this fall has been both energizing and exhausting for students, families, and staff. Reopening a school amidst a global pandemic is no easy feat but, ultimately, is the best thing for our students. You might find yourself feeling worried or anxious by things outside the scope of your control. These feels are normal for both adults and children, but it is imperative we all take the time to practice self-care and allow ourselves to maintain our physical and mental health.

Often, emotional well-being is a foreign concept to children. They may act out, throw tantrums, or even give you the silent treatment. Establishing a self-care routine for both you and your child will benefit the whole family. Practicing self-care will give your child additional tools to regulate and express their emotions in a healthy way. You may even learn some new ways to unwind too!

Here are four easy self-care routines you and your family can establish together!

Whether it is a mini-dance party in your living room, yoga on the lawn, or a plunge into the pool on a hot day, engaging in physical activity isn’t only great for your physical health but your mental health as well. Exercise of any kind, not just high intensity workouts at the gym, release endorphins and trigger a positive feeling in the body.

Taking time to write down what happened throughout the day encourages us to cope with negative experiences and celebrate positive ones. Journaling is especially good for children because they are in a sensitive period of development and it supports them in acknowledging their feelings and problem-solving.

Sleep helps us feel energized, aids in de-stressing, and gives our mood a boost. Most people, especially parents, do not get enough sleep. Establishing a quick 30-minute nap in the afternoon will not only help you feel refreshed but allows you to bond with your child. Children love to sleep with their parents because it gives them a sense of closeness and safety.

Many of us are guilty of taking our work home with us. Whether it is responding to an email after work hours or going into the office to work on a project during the weekend, these things add stress to our lives. Sometimes working outside of work hours is necessary, but by establishing a strict “family time” during the week ensures we commit to building relationships with our loved ones. Strengthening your relationship with your child will help them feel more secure in an ever-changing world.